Veterans often wonder if they have to pay back the severance or separation pay that they received when they got out of the military. The answer to this question depends on the type of severance you received and when.

There are four different categories of separation pay:

The best way to know which severance pay you received is to look at the dates when you got out of the military.

The first two types of separation pay were available to those who separated before December 31, 2001. They are the special Separation Benefit (SSB) or the Voluntary Separation Incentive (VSI).

Older Veterans could have received a payout from the Special Separation Benefit (SSB) or the Voluntary Separation Incentive (VSI).

The military offered SSB as an incentive for some members to leave active duty. Only military members in particular career fields had this benefit. The SSB ended on December 31, 2001.

If you received the SSB you must have met the following requirements:

All branches of the armed forces could offer the Voluntary Separation Incentive (VSI). They used VSI to reduce the size of the armed forces while preventing skill and grade imbalances that would reduce our readiness. The program stopped taking applicants on October 1, 2001.

If you received the VSI you must have met the following requirements:

Do I Owe My SSB and VSI Pay Back?

If you received either SSB or VSI, and later you qualify for retirement or retainer pay, then YES – you must repay the full gross SSB/VSI paid thus far.

You’ll be notified by letter 90 days before recoupment payments begin.

You will repay this money through monthly deductions from your retirement pay. The payback rate is 40% of your monthly check.

Lump-sum repayments are not allowed. If you want to pay this money back faster, you will need to send a signed, written request to increase your monthly payments.

If you received VSI and you have completed your term in a Reserve Component, the government won’t recoup any money.

More things you need to know

This means they will reduce your taxable income by the amount they recoup each month.

Finally, you need to know the government does not consider recoupment a debt. This means they can’t entertain a waiver not to pay back separation payments.

You can, however, request a more lenient repayment plan if you are under financial hardship.

You would submit a hardship application to the agency handling your recoupment payments.

The DoD’s website says they will consider applications for hardship “if the recoupment prevents you from meeting the costs necessary for essential subsistence. These essentials include food, housing, public utilities, clothing, transportation, and medical care.”

Until now, we’ve only looked at paying back VSI and SSB if you later become eligible for retirement or retainer pay. Now let’s look at the last two payment types.

If you served after December 31, 2001, did you receive Full Involuntary Separation Pay or only Half? Perhaps you didn’t receive involuntary separation pay at all. You may have received Disability Severance Pay instead.

We’ll look at these two pay types and whether you need to pay them back. We’ll also discuss reasons you might not want to take them if you have not already done so.

The primary separation pay available to servicemembers after December 31, 2001, is our third pay type to discuss. This is Involuntary Separation Pay (ISP). As indicated above, ISP is split into two categories: FULL-pay and HALF-pay.

Like SSB and VSI mentioned previously, the military uses ISP as a draw-down tool to force reductions in the number of military members.

To be eligible for ISP you need the following:

Full pay requires an honorable discharge. You must be fully qualified for retention at the time of separation. Common reasons for military severance with this compensation include falling under reduction in forces or reaching high year tenure.

Half pay requires you to have an honorable or general discharge. Common reasons for separation with ‘half pay’ is that you fail to meet a physical readiness requirement, security clearance issues, or inability to create a family care plan.

To Accept or Not to Accept an ISP

While an ISP is often not required to be paid back, there are two main situations in which it is:

It is this second payback reason that often sends Vets to Strategic Veterans for help.

This is critical to know before you accept an ISP.  If you agree to an ISP and later start receiving VA disability payments, you must pay back all your separation pay. This applies to both full and half-pay arrangements.

It does not matter how much the VA pays you for your disability(s). You have to payback ISP whether the VA rates you at 10% or 100%. UNLESS, you receive disability due to an injury that occurred during combat.

If you were injured in combat, in a combat zone, or while involved in combat operations, you do not have to pay back disability severance pay. Combat operations include training for combat duty. Your combat injury or disability must be the reason you are unfit for duty.

They may deem that only part of your disability is combat-related, and the rest was just aggravated by service. If this occurs, you will have to pay back a certain percentage of that disability severance pay.

Strategic Veteran can’t do much about the need to pay back an ISP. However, we can help you weigh your options and decide if filing a disability claim makes sense in your case. We can also help you maximize your total VA disability benefits, making the ISP payback hit more tolerable on your wallet.

This fourth type of severance pay could be paid to a servicemember if she or he meets the following conditions:

Before January 28, 2008, military members needed at least six months of service to qualify for discharge with severance pay, but this rule no longer applies.

Disability severance pay comes in a one-time lump sum payment. Once you receive it, you cannot reenlist or apply for retirement. Don’t forget this if you are still on active duty.

Our mission at Strategic Veteran is to empower Veterans to work with the VA. Our services are FREE and provided one-on-one, Veteran to Veteran. We understand what you are going through because we’ve been there ourselves.

Call us at 800-761-9004 to discuss your situation. We’ll address your options and give you resources, all FREE of charge. 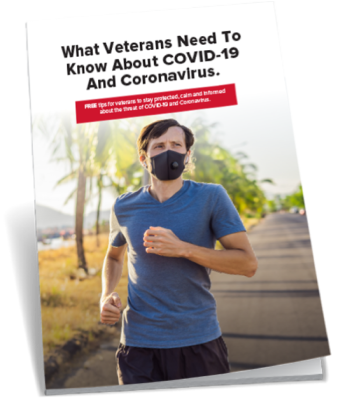